Have you ever wondered how the battery system and the electrical parts of your bike work?

Since we are talking about the electrical system of the bikes, then let’s inform you that these days there are bikes that have an AC generator and also they have all the electrical equipment that work on the power of the 12V. It also contains a battery that is responsible for the working of all the 12V powered electrical parts. However, an AC power generator cannot be used to power up the battery, and hence there is a requirement of a DC energy source.

This is the place a rectifier or can say the regulator come into existence. In this piece of writing, we will try to address “what does a rectifier do to a motorcycle?” We will try to understand the underlying working of the rectifier and how it is responsible for providing DC power to the motorbike through and AC generator.​

Why The AC Generators Are Used Instead Of The DC Generator?

Before moving ahead and try to understand the working of the rectifier let’s try to focus on the reason that why there is an AC generator when we require the DC power for our motorbike?

Why There Is The Need Of DC Power In Motorbike?

Now the question arises that why we need to have the DC power in our motorbike and can’t work on the AC source? Well, the power generated by the AC generator is used to charge the battery, and this battery is responsible for the overall functioning of the electrical system of our motorbike.

Now one cannot use the AC power for charging the battery and hence there is the requirement of the DC charge so the battery can be charged and the power can be employed for the functioning of the motorbike. This 12V power that will be utilized by the battery for its charging will be used by the other parts like horn, headlights and other parts to work as well. To provide the proper functioning to the electrical system of the motorbike, we need the DC change but not the AC charge.

What Is The Role Of The Rectifier In The Motorbike?

Now that we have understood that there is a requirement of the AC to be converted into the DC so that the battery can be charged and the bike can work. Now from the definition of the rectifier or we can say the regulator, it is an instrument that converts the AC into the DC and hence it is used in the motorbikes. The simple functioning of a rectifier is based on the diodes that are used in this device. These diodes make sure that current that is passing through them moves only in one direction and hence it gives a DC wave from an AC source.

​There are primary two functions that are performed by the Rectifier on the bike:

​In the sections ahead we will try to understand the above-stated points that will help us to know the functioning of the rectifier.

When the bike is started, through the alternator, there is the whole load of current that is produced. The second component in the circuit is the rectifier that consists of 6 diodes that are responsible for the working of the device. Depending on the capacity the whole system, the AC is fetched to one of the six diodes (considering the smallest electrical system). These diodes make sure that only the positive current passes to the battery, not the negative current and hence the AC is converted to the DC.

Why do we need to AC power to be controlled? Well, the need of regulator is because of the fact that the AC power that is generated remains up to the desired value. For a bike, there is need of 12V, and hence if the AC is too high, it may lead to the burnout of the electrical, and if it is too low, your bike may not even start. Hence there is the requirement of the regulator.

In the past, these regulators were not come with the rectifiers and hence were attached before the rectifiers. However, with the advancements in the technical aspects, to make the bike’s part more compact the regulator was fixed with the rectifier and hence it is responsible for giving a 12V of positive charge to the motorbikes battery. It will increase the low voltage to 12 V, and it will decrease the value of a 14V to the 12V.

​From the above-elaborated discussion, it is clear that we need rectifier of the proper and the safe functioning of the electrical system of our motorbike. For the compact design of the motorcycle, both the rectifier and the regulator are joined so that we can have a regulated DC running through the electrical system. Hence through this article, you have come to know about “what does a rectifier do to a motorcycle?”

Let us know what you think in the comments below.

Hello and welcome to Motorcycle Safer! My name is Jose P.Winkler and Sports and outdoor activities is my life. How to say you that I love to how much sports and especially riding on the motorcycle for long journeys to be immersed in the beautiful of great humanity.

From Motorcycle Safer you will find everything to ride faster, safer and more comfortable than ever before!

You can read more about me here 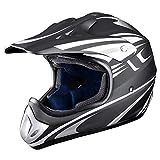 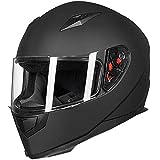 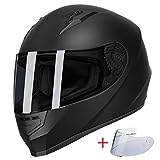 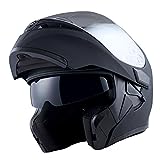 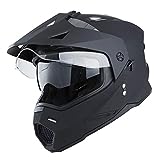